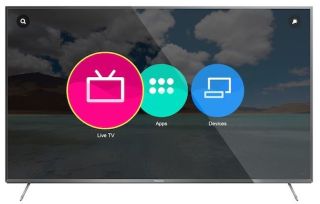 The OS works on a system of ‘decks’, with three coming as standard: Live TV, Apps and Devices and you’re able to pin apps, games and favourite channels to the relevant deck.

The Firefox OS also lets you cast content from a smartphone or tablet when connected to the same wi-fi network and there’s the usual selection of apps including Netflix, Hulu and YouTube.

The TVs are also optimised for HTML5, meaning they play nicely with web-based apps.

Masahiro Shinada, Director of the TV Business Division at Panasonic says: "Through our partnership with Mozilla and the openness and flexibility of Firefox OS, we have been able to create a more user friendly and customizable TV user interface."

Andreas Gal, Mozilla CTO adds: “With Firefox and Firefox OS powered devices, users can enjoy a custom and connected Web experience and take their favourite content (apps, videos, photos, websites) across devices without being locked into one proprietary ecosystem or brand.”