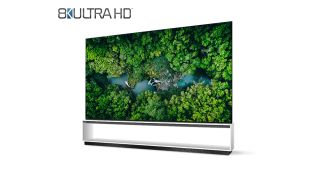 In September, the Consumer Technology Association (CTA) revealed the official industry definition and logo for 8K TVs – and despite Samsung being the TV manufacturer making most of the 8K noise so far, it is LG’s 8K TVs that will be industry-certified first.

LG has announced that every LG 8K TV, including the ‘Real 8K TVs’ it will debut at CES 2020 next month, will bear the 8K UHD logo. That means they meet the set of performance criteria, having, for example, at least 33 million active pixels, a bit depth of 10-bits and the ability to upscale SD, HD and 4K content.

But while the CTA’s standard is designed to help consumers recognise the gear that meets the industry’s requirements, note that a separate body called the 8K Association – agreed by the likes of Samsung, Hisense, Panasonic, TCL, Intel and Tencent – also has its own set of 8K TV parameters which doesn’t include minimum contrast modulation values. Meeting (and exceeding) the CTA's specs and wearing the badge can only be considered a win for LG, but with other standards being backed by different companies we wouldn't necessarily take it as definitive.

CES 2020 preview: what to expect from the world's biggest tech show