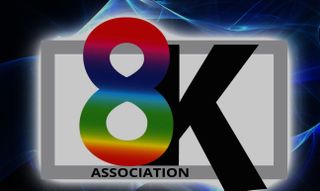 While 8K TV may still be in its infancy, with 8K content in short supply, there is at least now an official performance spec to help establish a global standard in the consumer TV market.

The 8K Association has announced a series of performance criteria agreed with its members, including TV manufacturers such as Hisense, Panasonic, Samsung and TCL, and technology providers such as Intel and Tencent.

A compliance test set will be developed next by 8K Association members, to enable a transparent testing process.  The 8K Association plans to promote a logo on any member's 8K TV that meets or exceeds the newly defined technical standard.

We've already reviewed the first 8K TVs to market in the shape of the Samsung QE85Q900R (85in) and Samsung QE65Q900R (65in) QLED TVs, and had a first look at the Sony ZG9 8K TV. If you've already bought one, it's probably worth checking its tech specs to see if it complies.