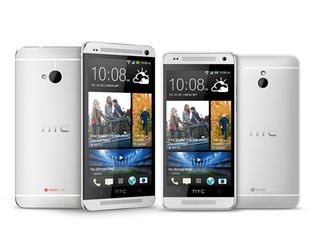 The HTC One Mini has officially been revealed. It’s a smaller version of the flagship HTC One, aimed squarely at Samsung’s recently announced Galaxy S4 Mini.

It has a unibody design of anodised aluminium – like the One – although there is more plastic at the edges. There’s a 4.3in 720p display: not Full HD but slightly ahead of the Samsung Galaxy S4 Mini’s 960x540 resolution.

At the back is the same 4MP UltraPixel camera as used on the HTC One, although the One Mini doesn’t have image stabilisation. The front camera takes a hit, going from 2.1MP to 1.6MP.

The phone runs on the latest version of Android (4.2.2 Jelly Bean) with the lovely HTC Sense interface on top.

Under the hood is a 1.4GHz dual-core Qualcomm Snapdragon processor and 1GB of RAM. There’s also a 1,800mAh battery (non-removable) and 16GB of storage (non-expandable).

It will be available in Glacial Silver and Stealth Black. That’s silver or black to normal people.

There is no pricing information yet, although HTC has confirmed an August release.

We really liked the flagship HTC One, and look forward to getting our hands on its pocket (and wallet?) friendly sibling. Watch this space for the full review.