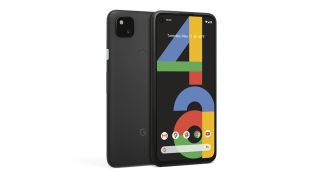 Google may have prematurely revealed the launch date of the Pixel 5 on its official Google France blog. Sacre bleu!

The firm teased the forthcoming flagship smartphone at this week's Google Pixel 4a announcement but were pretty tight-lipped about the Pixel launch date.

However, 9to5Google claims one of its eagle-eyed readers spotted an official Pixel 4a announcement blog post authored by Google France that tipped the 5G-supporting Pixel 4a and the Pixel 5 to be "available for pre-order from October 8, 2020".

The date sounds legit as Google typically hosts major hardware events in October. Besides, Google has already stated that the 5G Pixel 5 will arrive "this fall" alongside the 5G version of the Pixel 4a.

Analysts predict that the rumoured 8th October event will likely be a Made by Google hardware extravaganza starring not only the Pixel 4a and Pixel 5 smartphones but also Google's Android TV streaming dongle and the successor to the Google Home smart speaker.

The Pixel 5 specs aren't official yet, but according to Pixel 5 leaks, it is said to be an 'affordable' flagship sporting an improved camera, 5G-centric features and the latest Android operating system.