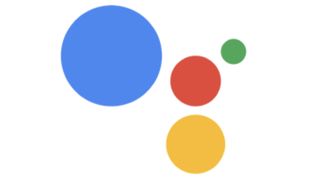 Google has filed a lawsuit against Sonos over patent infringement, after Sonos began similar legal proceedings against Google at the start of the year.

As reported by Bloomberg, Google claims that the Santa-Barbara based wireless speaker manufacturer is using Google's patented technology for software, networking, search, audio processing, digital-media management and streaming, without paying a license fee.

The news follows Sonos's lawsuit, filed in January, suing Google for allegedly infringing five of its patents, including one that lets wireless speakers sync with and communicate with each other. The open case also requests a ban on Google speakers, smartphones and laptops in the US.

The fight between the two companies, which had been working together on incorporating some Google features in Sonos’s speakers, erupted after Sonos filed the first lawsuit in January.

“Sonos has made false claims about the companies’ shared work and Google’s technology in the lawsuits,” the Alphabet Inc. subdivision said in a complaint filed on Thursday. “While Google rarely sues other companies for patent infringement, it must assert its intellectual property rights here.”

Sonos's claim is the third such lawsuit the company has filed against an audio rival. In June 2019, Sonos filed claims against Lenbrook Industries, the parent company of rival Bluesound multi-room brand, for copyright infringement relating to a number of Bluesound speakers.

In 2018, an agreement was settled out of court when Sonos sued Denon for patent infringement with its Denon HEOS multi-room system.

Sonos is facing increased criticism from customers over its recent S2 update, which isn't supported by some of its older products, as well as intense competition from tech giants such as Apple, Amazon, Google and JBL, who are successfully expanding into the smart speaker market – often with lower price-tags.

Sonos’s chief executive officer, Patrick Spence, said the company is looking forward to winning its original lawsuit as well as Google’s newly filed case. “Instead of simply addressing the merits of our case, and paying us what we’re owed, Google has chosen to use their size and breadth to try and find areas in which they can retaliate,” Spence said in a statement.

Amazon Echo Studio vs Sonos One: which is better?