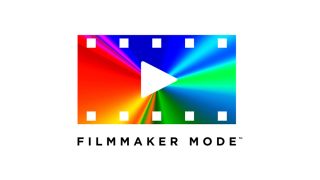 In the summer, the UHD Alliance announced it was collaborating with filmmakers and studios to create a new picture mode for TVs that would deliver what the director intended.

The industry body, which is comprised by the likes of LG, Netflix, Panasonic, Samsung, Dolby and Warner Bros, is set to provide an update on this 'Filmmaker Mode' in its CES 2020 press conference on January 6th.

The UHD Alliance's "exciting announcement", as stated in a recent tweet, could well regard the viewing mode's debut in 2020 televisions. LG, Panasonic and Vizio have so far announced support, so their TVs will most likely to be the first to adopt it. Perhaps there will be news of more TV manufacturers joining suit, too.

CES is just around the corner & the UHD Alliance will be there in full force to share some exciting news about Filmmaker Mode! Stay tuned-in to our social feeds for real-time updates from our press conference on January 6th at 1pm PST at Mandalay Bay!#FilmmakerMode #CES pic.twitter.com/Jvrj8vHaFwDecember 29, 2019

What would a TV having Filmmaker Mode mean? Essentially it would allow the owner to override a TV's processing (such as motion smoothing and detail enhancement) simply by selecting the mode within the TV's settings, allowing content to be displayed has the correct aspect ratio, colour and frame rate.

The mode comes as a response to some dissatisfaction with TVs' out-of-the-box picture settings. This time last year, Tom Cruise infamously posted a video in which he and Mission: Impossible – Fallout director Chris McQuarrie make an impassioned plea to turn off your TV’s motion smoothing before watching their (or any) films.

How to turn off motion smoothing on your TV

CES 2020: what to expect from the world's biggest tech show