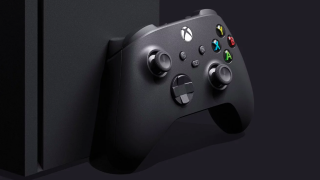 Microsoft yesterday confirmed that the Xbox Series X will launch in November, but now an anonymous tipster has revealed what he claims to be the exact date – and it's good news for Xbox fans counting down the days until they can get their hands on the next-generation console.

A tip sent to The Verge seems to show a Series X controller slapped with an orange warning sticker that reads, "Do not sell or display before November 6, 2020."

Make of that what you will but it sounds like Microsoft is planning to unveil its next-gen console on that date, which is the first Friday of that month. Weekend gaming binge, anyone? Given that the company has used similar orange stickers on packages at its retail stores in the past, the leak looks to be legit.

Earlier this week the same tipster posted that the controller packing also confirmed the existence of the Xbox Series S, which is expected to be a lower-priced, disc-less version of the flagship Series X.

It's unclear how a handful of top secret Xbox Series X controllers ended up being traded online in the Chicago area, but fans who managed to get one spotting something else that could be significant: the supplied warranty expires on 5th November 2021. Assuming Microsoft is extending a 12 month warranty, that  would appear to tie in with the rumoured 6th November launch date.

Microsoft hasn't commented on the leaked products or the rumoured 6th November release date, but we imagine it will be opening Xbox Series X pre-orders soon.