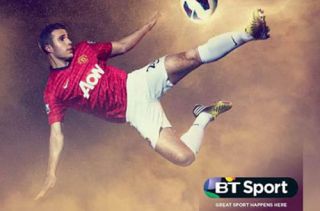 BT Sport is coming to Virgin Media. The deal means subscribers to Virgin's XL TV package will get BT Sport 1, BT Sport 2 and ESPN at no extra cost and in high definition.

Customers on other Virgin TV packages will be able to upgrade to the XL deal, or have to pay an extra £15 a month for the BT Sport/ESPN package.

BT Sport will also be available on Virgin TV Anywhere, the company's cloud-based service for mobiles, tablets and online.

Dana Strong, Virgin's chief operating officer, says: "Virgin Media homes are kicking off the new season wth the most complete sporting line-up around in one subscription, from Barclays Premier League football and Aviva Premiership rugby to F1, live golf and the culmination of a great Ashes series."

• Hundreds of football matches from Italy, France and Brazil

Virgin Media already offers all the Sky Sports channels, with Sky Sports 1 and 2 in high definition.