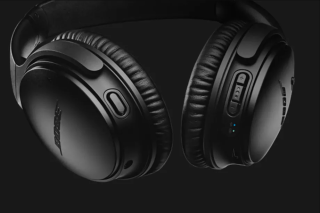 The Bose Quiet Comfort 35s are a decent pair of noise-cancelling headphones, so we were disappointed to learn that Bose is putting them out to pasture. However, we are also excited about the forthcoming launch of a second-generation model.

A picture of the new headphones, leaked in a newsletter last month, showed a button we hadn't seen before. But now the mystery has been solved – it is a dedicated button for Google Assistant.

According to 9to5google, this means you're only one tap away from Google's AI answering your questions, setting reminders and all sorts of other smart-things.

We don't yet know whether the button will activate Siri for iOS users (though we imagine it will), or whether it's specifically linked to Google's iOS apps.

The addition of the button is the only cosmetic difference, so it's unlikely Bose is making many drastic changes to the QC35IIs.

The launch of the new-generation model is believed to be imminent, with someone trying to purchase the original QC35s in an Australian store being told a new model was coming in "two to three weeks".

Google is set to unveil several new products at an event on 4th October – including the possiblity of some Airpod rivals – so we expect more information then.

Jaybird Runs are a new pair of wireless in-ear headphones