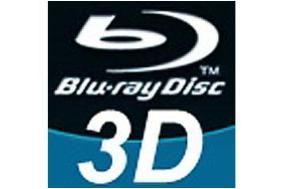 That covers the various 'glasses' methods already shown, as well as the 'no glasses' displays already shown by some manufacturers in prototype form.

The BDA describes the specification as 'display agnostic', and says it's also designed to allow PlayStation 3 games consoles to play back 3D content in 3D – to date, Sony has only talked about 3D gaming on the PS3.

2D playback compatibility
In addition, it supports playback of 2D discs in forthcoming 3D players and can also enable 2D playback of Blu-ray 3D discs on the huge number of Blu-ray Disc players already in use around the world.

Victor Matsuda, chairman of the BDA's Global Promotions Committee, says that "We think the broad and rapid acceptance Blu-ray Disc already enjoys with consumers will be a factor in accelerating the uptake of 3D in the home.

"In the meantime, existing players and libraries can continue to be fully enjoyed as consumers consider extending into 3D home entertainment."