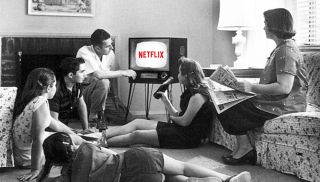 There was a time when the family would gather round the television set at a certain time to watch an episode of whatever the hit show du jour was. But now that tradition has been disrupted by streaming services like BBC iPlayer, Netflix and Amazon Prime Video (although some might still get up at 2am for Game of Thrones).

Ofcom, the media watchdog, conducted research and found nearly half the people it spoke to watch film or television alone every day - with that number rising to nine in 10 who watch alone every week. A third of people come togeter in the same space, but watch different shows on different devices.

So how often are people using streaming services? The vast majority of them will watch more than one episode of a programme in one sitting, and a third of them will do this weekly.

However, all this on-demand content might not be so good for us. A good chunk of adults and teenagers say watching streaming services has caused them to miss out on sleep, or led them to neglecting their chores.

Even Netflix's CEO, Reed Hastings, says sleep is Netflix's main competitor: “You know, think about it, when you watch a show from Netflix and you get addicted to it, you stay up late at night. We’re competing with sleep, on the margin. And so, it’s a very large pool of time.”

BBC iPlayer is still the most popular on-demand service, with 63% of UK adults saying they use it. ITV Player racks up 40%, 38% for YouTube and 31% for Netflix.

Save over 50% on What Hi-Fi? plus a free five-star wireless speaker!

BBC to reinvent iPlayer, making it more like Netflix