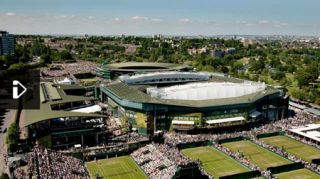 The BBC has begun broadcasting live HD video content for the first time as part of this year's Wimbledon tennis coverage.

As part of a trial for the 2012 Olympics, the BBC website will broadcast 720p HD video of selected matches to UK users via the Wimbledon HD video test page.

You will need Flash version 10.1 or higher installed and will have to play the video in full screen mode in order to view HD.

The quality of the video will be optimised for your broadband connection. The BBC typically uses h.264 video with a bitrate of 3.2Mbps and 192kbps audio, so you'll need 3.2Mbps or faster.

You will also need a suitably capable computer and screen in order to get true HD. A small diamond logo will appear in the top left of your screen to confirm you're watching HD content.

This year is also the first time that Wimbledon has been broadcast in 3D, with the mens' and ladies' finals both being shown in 3D via the BBC HD channel.