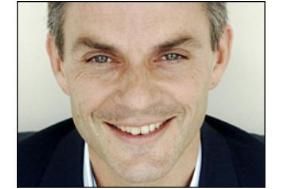 Tim Davie, the BBC's director of audio and music, confirmed that 61 new digital audio broadcasting (DAB) transmitters are due to be deployed, which will increase DAB coverage from 85% to 92% of the UK.

No news yet if/when that figure will hit 100%, or whether online or TV/satellite-based access - as with the digital TV switchover - will be the solution for the remaining areas once major stations migrate from FM.

As well as boosting in-home coverage, the new BBC transmitters will also target the UK's motorway network, as the broadcaster seeks to aid the tricky transition to digital for in-car listeners (of which more in related news).

"Today's announcements mean that more licence-fee payers will have access to the full range of BBC services and enjoy the benefits of digital radio," said Davie.

He pledged that more of the BBC's marketing budget would be allocated to digital-only services, including BBC 6 Music - an ironic move considering Davie's team were behind the initial calls for its closure.

He also said the BBC planned to run at least a couple of major campaigns supporting digital radio every year between now and any eventual switchover from 2015.