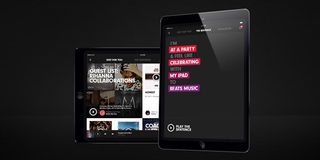 The specific position in question is for an “editorial producer with experience across pop culture and a specific expertise in music journalism".

The advert goes on to say the job will be split between editorial and producing duties. Editorial duties will focus on “writing, editing and managing a sea of freelancers”.

Producing duties of the job will require the successful candidate to focus on “special projects and promotions”.

Apple’s current editorial content is limited to featured albums and special offers on the iTunes home page, and different genre pages. Spotify and Tidal - and now Technics Tracks - meanwhile offer interviews, editorially-chosen playlists and other exclusive content, so it’s no surprise Apple is looking to up its game.

The news comes after the recent announcement that Radio 1 DJ of 12 years, Zane Lowe, will be leaving his post and moving to Apple for an as yet unspecified role in the US.

It seems Apple is looking to sharpen-up the content it offers consumers, potentially for the release of its much-rumoured streaming service, which is expected to be revealed in April, with the release of iOS 8.4.

The service will likely be a reworked version of the Beats Music streaming service, after Apple successfully acquired the Beats brand for $3 billion in May 2014.