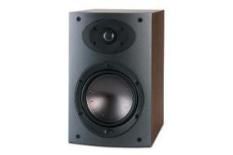 Plenty of bang for your buck, and more besides

Ask Rafael Benitez. Look at Ocean's 12. Remember Friends Reunited? You can seemingly have everything in place, all the components required to be successful in your chosen field, yet still not get it quite right.

Players don't gel, actors don't click, the timing isn't right – the Mordaunt-Short Aviano 2s suddenly find themselves in this company. For on the surface, and as we said when we first saw them, they have it all.

Bigger and bulkier than most rivals, the 32cm tall, 30cm deep design boasts a hefty 6.5in aluminium mid-bass driver. Features aren't really an issue when it comes to stereo speakers, but Mordaunt-Short scores the smallest of points for being biwirable, should that be a key concern for you.

Sitting back and absorbing the sound they make, there's much to enjoy. White Sky from Vampire Weekend's superb Contra album shows the Aviano 2s merrily creating an open, room-filling soundscape. Insight is impressive with intricate drums uncovered and given space, while vocals are realistic and clean.

Space, dynamics and insight aplenty
Delphic's debut LP tests punch and pace, and while there's plenty of brawn and power, especially in the bass department, heavier tracks don't stomp along as head-noddingly as they might. That weightier bass could be tighter, and timing suffers a touch as a result.

But press on with the subtle atmospherics of The XX's Shelter and there's once again space, dynamics and insight to explore and admire.

And yet we're not captivated – the Aviano 2 speakers just don't engage as they could and as others do. They're not quite the sum of their parts.

Just as finding yourself half way through a film is a good sign of an accomplished home cinema system, tapping your toe through half a dozen tracks without noticing the time passing is the stamp of approval for a hi-fi system. And that doesn't happen with these Mordaunt-Shorts. They don't quite hold our ear
as they should.

Still, if you think your system can counter that lack of speed and low-end agility, and perhaps add a little excitement in order to get you more involved, then all is far from lost. But the bar has been raised, and the Aviano 2s don't quite hit the heights.