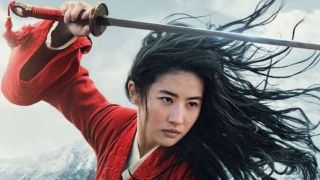 The live-action remake of Mulan is available to stream at home, for a one-off fee. The film has landed on Disney Plus Premier Access, which is a new service that gives viewers early access to top films.

Mulan is a live-action adaptation of Disney's 1998 animated feature film. It's based on the Chinese folklore The Ballad of Mulan, and tells the story of the eponymous Hua Mulan (Liu Yifei), who impersonates a man in order to take her father's place in the Imperial Army.

Here's how to watch Mulan.

How can I watch Mulan online?

Once you've paid for Premier Access, you can watch Mulan as many times as you like on any platform or device which supports Disney Plus. Here's a list of compatible devices.

Disney Plus Mulan with Premier Access £19.99/$29.99/AU$34.99
£20 gets you early access to Mulan via Disney Plus Premier Access. Otherwise you'll have to wait three months. Once you've paid the one-off fee, you can watch as many times as you like on any platform or device which supports Disney Plus.View Deal

Disney Plus is one of the newest streaming kids in town, having launched in November 2019. Though the service is a relative babe in arms, it brings with it a huge back catalogue of Disney animated classics, as well as the iconic Star Wars and Marvel properties that Disney owns. And let's not forget the juggernaut that is Frozen II, which has already grossed $1.5 billion, making it the second highest-grossing animated film of all time.

How else can I watch Mulan online?

How can I get Disney Plus?

Disney Plus can also be found on the Sky Q platform.

Can I watch Mulan in 4K, HDR and Dolby Atmos?

Why yes, yes you can. Providing you have a TV or home cinema set-up that is compatible with 4K, Dolby Vision HDR (or HDR10) and Dolby Atmos, you'll be able to watch Mulan in the very best possible way.

Disney Plus titles are displayed and play in the maximum quality available through your hardware, so if, for example, your TV supports all three technologies you'll see the logos for each within the title's description on the Disney Plus interface.

What other Disney Plus shows and films can I watch?

Signed up to Disney Plus but don't know where in the Disney, Pixar, Marvel, Star Wars and National Geographic catalogue to start? Or maybe you're simply wondering what content is available in 4K, HDR10, Dolby Vision and Dolby Atmos. You're in luck: we have the answers.

We've done the hard work to recommend the best movies and TV shows to watch on Disney Plus, from Star Wars: The Rise of Skywalker to Avengers: Endgame, The Mandalorian to The Simpsons, and of course our pick of the classic Disney movies. So, please, be our guest: our best Disney Plus shows and movies to watch right now is the place.

But of course, the star here is Mulan. In this respect, as in so many, Disney Plus is out on its own, because you simply won't be able to stream it anywhere else.

23 of the best live streams and concerts