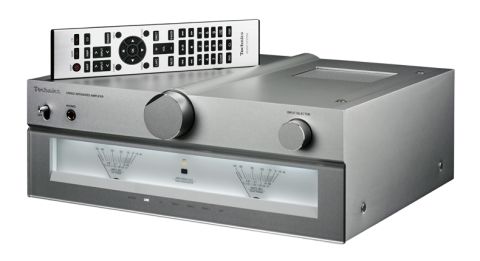 This UK-tuned version is an improvement, though still lacks the insight, dynamics and rhythmic abilities of the best

We were as pleased as anyone at the reintroduction of Technics. It remains one of the most well known hi-fi brands, and has made some fantastic kit in its day. But, it’s fair to say, the first wave of products hasn’t impressed us.

The SU-C700 integrated amp was a disappointment in particular, delivering a tepid sound that barely managed to keep our interest. It struggled to a two star review.

To Technics’s credit it didn’t throw its corporate toys out of the pram. Instead, the company came to our test rooms, heard what we heard and got back to work. The result is this upgraded UK-tuned version, which features a raft of component changes in the power supply and audio circuits.

The basic circuit layout is unchanged, though. At the moment this version is only available in the UK, but it could gain wider distribution if there is demand.

Externally, it’s pretty much as it was, which is a good thing. This is a beautifully built product, solidly assembled and finished to a very high standard.

We love the precise way the main rotary controls move, and have a soft spot for design details such as the power meters. They’re of limited use, but they just look so cool.

The remote is good too. It feels nice to hold and is intuitively organised – it’s so much nicer than the handsets supplied with most rivals.

Look inside the amp and you’ll find Class D circuitry. It helps to account for the C700’s compact dimensions and relatively cool running characteristics.

Such designs can be fussy about speaker matching though, so Technics has come up with a rather clever system called ‘Load Adaptive Phase Calibration’, or LAPC.

An extended press of the LAPC button (on the remote) gets the system going and the SU-C700 emits a series of relatively loud test signals to measure the electrical characteristics of the partnering speakers.

It takes a few minutes but works well. Once done it’s easy to switch the function in and out, and doing so shows the LAPC option to sound crisper, cleaner and more even.

The amplifier’s power output remains 45W per channel. Even that modest figure is obtained by Technics using some generous conditions – 1kHz, THD 0.3 per cent, 20kHz LPF.

Despite retro details such as the power meters, the SU-C700 is very much a forward-looking design. There’s just one line-level connection (alongside a moving magnet phono input), but three coaxial ins, an optical and type B USB for digital sources.

The amp will cope with both 24-bit/192kHz PCM files and double speed DSD. Outputs are limited to headphones and speakers.

We used our trusty Naim NDS/555PS streamer to provide both analogue and digital feeds to the Technics, aided by our Clearaudio Innovation Wood turntable and Cyrus’s CDi CD player. A Macbook Air loaded with Pure Music software provided the feed for the USB input.

We tried a range of speakers from Tannoy’s budget Eclipse Three floorstanders and B&W 685 S2s all the way through to our reference ATC SCM 50 speakers. Headphone duties were taken care of by Grado’s PS500 and AKG’s K550s.

We leave the amplifier running a couple of days before we start serious listening. First the good news; this UK-tuned version is notably better than the original. It’s happier playing a wider range of music and far more enthusiastic with it.

We begin with Nirvana’s Nevermind and like the amplifier’s greater bite and attack. There’s an admirable degree of speed here and plenty of grip at low frequencies.

Detail levels are good and the amplifier does a fair job of conveying the drive and aggression of the piece.

Moving onto Hans Zimmer’s Coward (from the Interstellar OST) shows the SU-C700 has a decent handle on sound staging. Instruments are precisely placed and layered with care.

Timing is crisper than it was on the original and there’s more dynamic finesse on show. The presentation isn’t as expansive as we’d like though, and lacks scale too – it’s as if the Technics is rendering a scale model of the original recording.

Tonality – with LAPC turn on – is nicely balanced with no part of the frequency range gaining undue emphasis. There’s a good degree of refinement, with the Technics refusing to turn bright or nasty even when provoked by less than perfect recordings.

The sound remains consistent through all the inputs – digital or not – which isn’t always a given. Even the phono stage is serviceable, though we’d still go for a dedicated outboard unit if vinyl performance were a priority.

The headphone output isn’t particularly good though, turning out a thinner, harder version of what we hear through our speakers.

So, this upgraded amp delivers a decent overall performance and is a clear step ahead of the first version in terms of rhythm and dynamics. But, disappointingly, it isn’t enough to gain recommendation. Not at this price.

The Technics is up against some mighty talented rivals. While it may not have digital inputs, Rega’s £900 Elex-R is notably more expressive, tracks rhythms with far more grit and is just so much more fun to listen to.

If digital inputs are important a £400 Chord Mojo or the £500 Arcam irDAC-II would fill in just fine, and at not too much of a premium.

The Technics doesn’t have the scale, punch or authority of the similarly priced (and equipped) Roksan K3 either. Against rivals such as these, this compact amplifier still comes up short in too many sonic areas to compete.

So, this new version is a definite step in the right direction. But that step needs to be much bigger before any of the class leaders feel threatened.