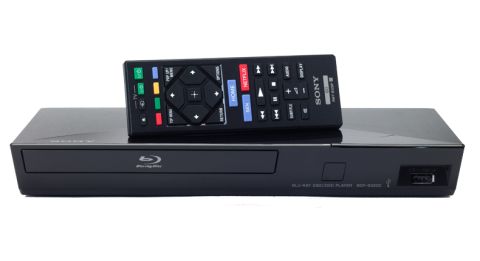 Best Blu-ray player up to £150, Awards 2014. Top-notch performance and good features too: this Sony is a top budget buy

Sometimes, a product just hits all the right notes, and the Sony BDP-S5200 is a fine example of that. Its tempting price is at odds with its performance and list of features. A few months ago we even gave it an Award.

Now it faces fresh competition, as well as a rematch with a price-cut rival (the Panasonic DMP-BDT260). Does it have what it takes to remain our favourite budget Blu-ray player? In short, yes.

The S5200's design takes a no-frills approach. The only sign the player is even on is a white glow indicating standby. Fire it up and you’re whisked to the Sony home page in super-quick time.

The player also wastes no time loading discs, something that a few rivals still struggle with, even if Blu-ray is hardly new technology these day. As you’d expect at this level, the Sony isn’t overflowing with connections, but you’re given all the basics you’d expect from a budget player.

There’s a single HDMI output, ethernet socket (although wi-fi is also built in) and a coaxial digital socket on the back, with a USB socket on the front for plugging in a memory stick.

Sony’s AV remotes have all had a slight redesign this year – they’re smaller and more streamlined, with fewer buttons.

The S5200’s remote feels lightweight and a little bit cheap, but it’s still very effective. Once your thumb gets used to the positioning and shape of the main buttons, navigating doesn’t prove difficult - even in the dark.

Gravity on Blu-ray is equally impressive in 2D or 3D, and the Sony does the transfer justice with a brilliant picture. The level of depth and sense of realism is wonderfully immersive.

The Sony’s picture doesn’t feel fake or forced, even when all the debris comes flying from the screen towards your face. There’s an excellent level of contrast as the black expanse of space is punctuated by stars, satellites and astronauts.

Whites are punchy, but dark areas remain inky-black and the Sony still has enough in the tank to extract plenty of detail from the shadows.

The Sony also has a firm hand on movement – when Sandra Bullock spins out of control during the movie’s opening salvo, edges remain resolute and sharply drawn.

Upscaling a DVD to match a TV’s 1080p resolution isn’t an easy task, but the Sony puts in a serious shift, preventing The Lego Movie from looking soft or uninspiring, and instead allowing it to jump out of the screen with a really crisp, colourful palette.

Audio performance is superlative. You can hear plenty of fine detail whether you're dealing with the soft musical score from Frozen or the more dramatic, traditional Hollywood soundtrack to The Amazing Spider-Man 2.

It's an agile, engaging sound, though not quite as rich as the Panasonic DMP-BDT260. Whether or not this is a good thing is down to personal preference: we're fans of the Sony's lean, exciting approach.

Overall, this is a cracking Blu-ray player for the money. its performance is top-notch, and its list of features ranks highly among its peers.