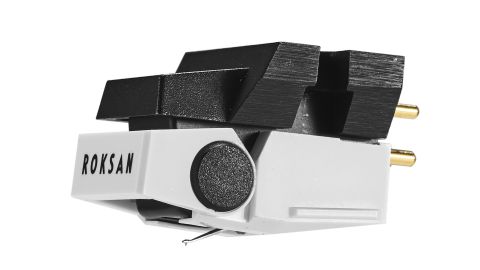 The original Roksan Corus cartridge was introduced way back in 1989. It was based, like many others of that time, on Goldring’s excellent 1000 series of cartridges, but a number of engineering tweaks gave it a distinctive sound.

Initially, there were two grades available, and the range-topping Black was a firm favourite at What Hi-Fi? It was excellent; delivering a combination of detail and dynamics most rivals struggled to better.

We’ve had to wait close to 30 years for a new generation of Roksan moving magnet cartridge, so it was with some anticipation that we unbox the new Corus2.

In some ways it’s a shame the company decided to call it a Corus, as there’s little shared DNA between the old and the new. The new one is based on Audio Technica technology and features that company’s VM dual magnet design (one per channel) rather than having a single magnet as used in most rivals.

The cartridge body is made of aluminium, as is the cantilever, which is completed with a Shibata shaped tip. At 8g this is a fairly hefty cartridge and it tracks securely at 2.0g.

While the old Corus was one of the easiest cartridges to fit thanks to a nicely squared off shape that was easy to align and the use of captive threaded inserts, the new one is undeniably fiddly.

There aren’t any captive inserts for a start, so you’ll have to hold onto the tiny nuts while screwing in the bolts. The 2 also requires the stylus assembly to be removed before the cartridge can be mounted to the tonearm, as there just isn’t enough space to fit the allen key with it in place.

The problem is that when you want to adjust the cartridge position to get everything aligned properly the assembly needs to come back off again each time. It’s a pain. Of course, you can get the dealer to do the job for you, but that might cost you.

Once mounted on a Rega Planar 8 it doesn’t take long to realise that this is a capable performer. Sonically, it doesn’t share much with the last one. That cartridge’s fun-loving character has been replaced by a more refined and precise presentation.

The Corus2 sounds commendable crisp and detailed when we listen to Kind Of Blue by Miles Davis. It sets up a wide and expansive soundstage and positions the various members of the group with precision and focus. There’s a good amount of insight and the ability to render instrumental textures with delicacy.

Tonally, it’s nicely balanced. There’s a fine degree of body and authority to the sound and no part of the frequency range is given undue prominence. Once properly run-in we don’t detect any harshness to the presentation.

We become aware of a slight shortfall of rhythmic drive though. While this Roksan defines leading and trailing edges of notes with crispness it doesn’t quite tie things together well enough to convey the momentum of the music well.

This becomes apparent when we play Mary J Blige’s No Drama set where Dr. Dre’s distinctive, hard-charging production comes across with more restraint than we’re used to. It’s still a fun listen, but simply lacks a little of the expected verve.

A quick swap to the Goldring 2400 (£395) restores the full dose of energy – it now sounds fluid, punchy and entertaining. The Goldring is more musically cohesive and ties together the various instrumental strands in a more confident and natural way. The Roksan counters with greater insight into vocal nuances and a touch more control, so it’s not all one-way traffic.

The Corus2 is a capable and informative performer. It may not be the most exciting listen you can get for the money, but its broad range of strengths means it will sound at home across a wide range of systems and musical genres. Just remember to get someone else to fit it.