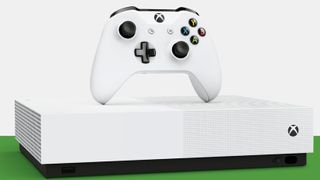 Victorious in a particularly epic multiplayer melee? Just say, "Hey Google, take a screenshot of that on Xbox." Want to pick up some tips from a pro gamer? Ask Google Assistant to launch YouTube.

On a more practical note, the new voice controls let you turn your console on and off, pause or mute the action, as well as fire up a game – without any button-bashing.

The Xbox Action for the Google Assistant joins Alexa support (already up and running), plus a bunch of other improvements such as revamped gamertags with new characters. Microsoft also says that tags will now be supported on profiles, friends lists, messages, LFG and clubs. Gamers with existing Xbox tags can keep them, so there's no need to panic.

Also in the update are new text filters. Choose from friendly, medium, mature and unfiltered  depending on what type of messages you want to block (and your attitude to trolling).