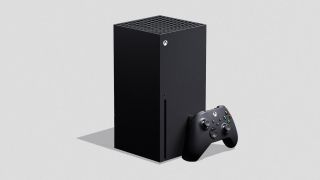 We finally have an Xbox Series X price and release date. Microsoft's next-gen games console will cost £449 ($499, €499, AU$749). And it will go on sale on Tuesday 10th November, two weeks ahead of Black Friday. That's according to the official Twitter feeds of Xbox, Xbox UK and Xbox NZ.

This makes the Xbox Series X price the same as the Xbox One's when it launched back in 2013.

The Series X is the more powerful of Microsoft's two new Xbox consoles. It packs 12 teraflops of power, and can display games in 4K. The standard frame rate is 60fps, but some games – like Halo Infinite in multiplayer – will manage 120fps.

This makes it $200 cheaper than the disc-less version of the console, the Series S, which has recently been confirmed by Xbox.

Microsoft is pushing Xbox All Access financing more with this generation of console, rolling it out to more countries around the world. It will cost £28.99 ($34.99, AU$46) per month for 24 months if you want an Xbox Series X and £20.99 ($24.99, AU$33) over the same time period for the Xbox Series S. The console will also launch simultaneously in more countries, rather than rolling out gradually as did the Xbox One seven years ago.

There has been much speculation in recent months concerning the exact price and release date of both the Xbox Series X and Sony PS5. With Microsoft being the first to blink, all eyes are on Sony to announce more details of its next-gen console. The firm could make its announcement on the 9th September if rumours are to be believed.