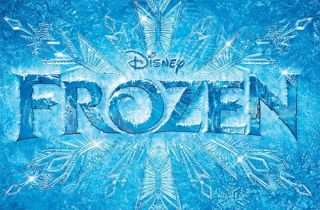 Everyone should see Frozen. The highest-grossing animated film of all time, winner of two Oscars, and one of the most stunning animations ever created by Disney, Frozen is a brilliant, heart-warming, spectacular, uplifting, loving, funny, and simply wonderful film. Two sisters with a strong bond, an icy Nordic setting, a man and his reindeer, a snowman that longs for summer, and the fate of a kingdom – this is Disney at its best.

The Death of Kings. Warring houses, violent depositions, family betrayals. No, it's not an episode of Game of Thrones, it's the bloody end to the Plantagenets – the ruling dynasty of England in the Middle Ages.

What came out of their reign? On one hand: England as a politically savvy and independent kingdom, Westminster Abbey, Windsor Castle and all the Welsh castles. On the other: the Hundred Years War and the Wars of the Roses.

The One Percent Solution. Sean Pertwee reprises his role as Lestrade, and drops by the Big Apple just in time to investigate a bombing. Since his last meet with Holmes was less than lukewarm, tensions arise.

It's time for a fresh batch of six contestants to cook for Gregg Wallace and John Torode. After their signature dish, they must choose to create something from the sweet box of ingredients (mangos, pears, limes) or the savoury box (mackerel, chicken livers, horseradish).

If you missed all the episodes of this mythbusting panel show, don't worry: this is the handy one-hour compilation episode of all its best bits.

In tonight's episode, the sweet box contains raspberries, filo pastry, brioche and rosewater. The savoury box, on the other hand, contains chicken thighs, black pudding, roquefort and shitake mushrooms. We do hope the six new hopefuls put together some tasty dishes with those surprise ingredients.

How many eggs do supermarkets need to stock for Pancake Day? Want to know the secret (and technology) behind making Easter chocolate? To be honest, I think presenter and "professional diner" Gregg Wallace is living life to the max.

Limelight. A young female pop star turned into a tabloid-baiting wildchild? Gee, I wonder who that's based on. But it's not all fun and games, especially when Castle and Beckett are called in to investigate her mysterious death.

Or more accurately, it should be Baz Luhrmann's Romeo + Juliet. The film that made Shakespeare accessible to teens, that got The Cardigans's Lovefool stuck in your head for days, and introduced Leonardo DiCaprio to heartthrob stardom – the tale of two star cross'd lovers has never been more dazzling.

T.A.H.I.T.I. With Skye in critical condition, Coulson decides the only way to save her is by seeking out what brough him back to life – and we finally get answers to what happened in Tahiti.

Cooking for critic Charles Campion may sound daunting, but we reckon trying to recreate John Torode's chicken liver pate with onions madagascar and melba toast is even more terrifying.

A new series - its 47th - begins tonight, with satirical stalwarts Ian Hislop and Paul Merton bringing news and joy into our Friday evenings. Jennifer Saunders is the guest host.

Rob Brydon and Steve Coogan are once again dispatched by The Observer to reprise their restaurant reviewing series. They head to Italy to review six incredible meals in six different towns.

Saturday Kitchen BBC One HD, 10am

Who would we wake up early for on a Saturday morning? Why, former Formula 1 race driver Mark Webber, of course. The straight-talking Aussie joins James Martin and co to chat about life during and after F1, and faces eating his food heaven or food hell.

A young girl who witnesses her parents being brutally murdered only has one path: become a kickass assassin with a thirst for revenge. Starring Zoe Saldana.

A gleefully zany parody of science fiction B-movies with a spot of black comedy and political satire thrown in, this is Tim Burton as you've rarely seen him.

When Martians surround the Earth, the President of the United States and his aides arrange a meeting to settle matters. Needless to say, things don't go according to plan, and the Martians turn out to have a cruel sense of humour.

Race. As we head down to the sandy setting of the Bahrain International Circuit, Mercedes's Lewis Hamilton and Nico Rosberg are leading the pack. Red Bull, McLaren and Ferrari will be desperate to close the gap.

Cambridge and Oxford have been duelling it out on the waters of south west London for 160 years now. Which university will win this year? Clare Balding presents.

If you don't like boats, head to Naples for continued coverage of the quarter-final tennis match.

Mhysa. Just one week to go until we return to Westeros in series 4. But to jog your memory, here's the series 3 finale. The aftermath of Red Wedding is felt throughout King's Landing, while Danaerys discovers whether she's seen as a conqueror or a liberator to the slaves in Astapor. And one Lannister finds his way home...

Set during the chaos and bloodshed of the First World War, this six-part mini-series follows the lives of doctors, nurses and patients at a hospital in war-torn France.