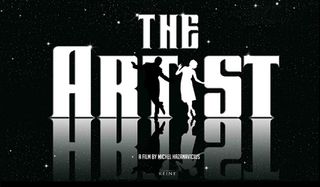 Welcome to The Week in HD, where we guide you through our favourite HD TV shows, films, Blu-ray releases and sports for the week.

What a great weekend it was, whether you were out in the glorious sunshine, or watching Mark Webber win the Monaco GP. As for Eurovision – we didn't come last! Engelbert Humperdinck came second to last, but the runaway winner was Sweden - Euphoria by Loreen is an actual proper tune and it's quite catchy.

The TV Baftas was a mixed bag (neither Sherlock nor Benedict Cumberbatch won, sigh), but mostly highs as Andrew Scott won for his gleefully menacing turn as arch-nemesis Jim Moriarty, while writer Steven Moffat showed that he was still the ultimate fanboy as he was presented with a Special Bafta Award by Matt Smith and Benedict Cumberbatch – possibly the only time we'll have The Doctor and Sherlock Holmes on screen together.

Anyway, here's our pick of high-definition viewing for this week:

Michael Hazanavicius's film is a love letter to the bygone era of black and white silent films – the nostalgia of 1920s Hollywood coupled with Jean Dujardin and Berenice Bejo's performances charming nearly every movie goer, and dominating every single award show last year.

Blackwater. All the tension building up for the last few weeks finally pays off as we get the first bloody battle, with Stannis Baratheon vs Tyrion Lannister for King's Landing. If you thought GoT was already a gore-fest, prepare for even more over-the-top carnage and violence that still manages to make you wince. There's more battle to come of course: with Stark and Greyjoy and Targaryen – let's hope next week's finale can fit all of them in.

The Other Woman. Mad Men has been as much about Don Draper as it has been about Peggy Olsen, and tonight's episode will certainly be a landmark in the show's history as Peggy makes a career choice.

Elsewhere, Joan also makes a difficult decision (no small thanks to Pete, can we kill him off, please?) while the rest of SCDP make the perfect pitch for the Jaguar account.

The two-part drama about Janet Leach's involvement in the Fred West case as his 'appropriate adult' ends with shattering consequences for all.

Simon Reeve takes us around the Indian Ocean from the spice trade and post-war successes of Sri Lanka, to the coast of Bangladesh where prawn farms flourish and huge tankers test their fate against the ship-breaking beaches.

Affordable Luxury. Not long to go now until one of them gets hired, and tonight the remaining candidates attempt to launch a new product range in the 'affordable luxury' market.

One of my favourite films of all time, with Keira Knightley, James McAvoy, Benedict Cumberbatch and Saoirse Ronan putting in career-defining performances in Joe Wright's stunning adaptation of Ian McEwan's novel.

13-year-old Briony Tallis changes the lives of everyone around her as she accuses her sister's lover for a crime he did not commit, a pronouncement that hangs on his shoulders against the backdrop of World War II.

Bradley Cooper takes an IQ enhancing pill that launches him into a dazzling and successfull lifestyle – but it's a thriller so the eventual side effects turns things sour. Also starring Robert De Niro and Abbie Cornish.

A blue rat with dreams of becoming a chef, this is my favourite Pixar animated film. Rataouille and his human collaborator Linguini make an endearing double act, and Paris and food have never looked so enticing.

The final part to Peter Jackson's film trilogy of J.R.R. Tolkien's epic fantasy adventure, as Sam and Frodo finally reach Mordor... but will The One Ring be destroyed?

Darren Aronofsky takes a chilling look at the downward spiral of a prima ballerina as she preps to play the dual roles in Swan Lake. Natalie Portman won an Oscar for her portrayal, also starring Mila Kunis, Winona Ryder and Vinent Cassel.

Live coverage of the biggest boat parade since the Armada, as a flotilla of 1,000 boats sail down the River Thames, led by the Queen in celebration of 60 years on the throne.

Interviews and You're Hired. The final episode of this series of The Apprentice sees the candidates pitching their own business ideas, with Lord Sugar picking one lucky candidate to hire.

Sci-fi thriller about a group of aliens confined to a militarised ghetto in South Africa. Peter Jackson produced, it's memorable for the fact that lead actor Sharlto Copley improvised all of his lines in the film.

'Til next week and have a great Jubilee weekend!