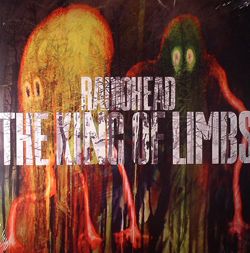 The total sales figure has already surpassed last year's total, which peaked at 234,000 for the whole year.

Sales in the first six months of 2011 were boosted by big releases from Radiohead, Adele and Beady Eye.

Radiohead's 'The King of Limbs' tops the chart with 20,771 copies sold.