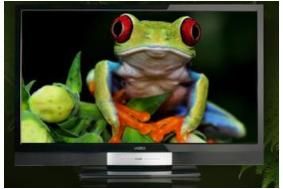 And Vizio also clocked up a market share record for the last three months of 2010: it held a 28% share of the LCD HDTV market for that period, showed 55% year-on-year sales growth, and accounted for three of the five best-selling TVs in the States.

True, sales revenue tells a slightly different story, indicative of the lower prices at which Vizio's sets sell: in those terms it comes third, behind Samsung and Sony, but its volume sales success is sure to cause some concern among the established TV players.

And now it seems Chinese manufacturers want a slice of the Japanese TV market, traditionally accounting for a major part of the sales of some big names such as Panasonic and Sharp.

Chinese market-leader Hisense is set to become the first major Chinese company to sell flatscreen TVs in Japan, and is targeting 500,000 sales there this year, mainly through large-volume retailers.

From the end of this week it will start selling 19in-32in TVs through Nojima, which has 94 stores in Japan, and says it's in talks with other similar Japanese chains.

Price will be its major advantage: a Hisense 32in LED-lit TV will sell in Japan for around Y39,800 (about £320), some 30% less than similar products from the big Japanese names.

The Hisense plan is to increase awareness of its brand in Japan in the hope of boosting sales in the USA and Europe, while targeting consumers looking for a low-cost TV as a second set.

UPDATE: Sony has pulled ahead of Samsung in the Indian flatscreen TV market, which has seen more than 100% growth in the past year.

Yet CRT TV is still the dominant technology in India: in the last quarter or 2010 flatscreens still accounted for just 27% of all TVs sold.