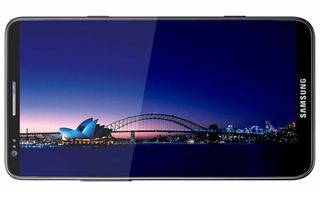 Samsung is set to announce the Galaxy S III smartphone at a launch event in London tomorrow night - we'll be on hand to get the full details - but rumours today suggest it will have a 4.8in screen and come in blue or white.

A Carphone Warehouse inventory posted on GSMArena suggests the handset will come to the UK initially in two colours: blue, reportedly set to be 'carbon blue', similar to the Galaxy Note, and white.

Furthermore, Unwire.HK suggests that it will come with a 4.8in screen, making it even bigger than the fairly massive HTC One X.

The Galaxy S III is set to be announced at 7pm tomorrow night in London and we'll be reporting live.

There's definitely a Samsung Galaxy S III release coming in the first half of 2012, according to our colleagues on Stuff.tv, but excitement over rumours of an April unveiling may have been a little premature.

Samsung tweeted that the April release date was not true and followed by saying, “The successor to the Galaxy S II smartphone will be unveiled in the first half of the year, closer to commercial availability of the product.”

The Galaxy S II scooped a Product of the Year gong in our 2011 Awards, so the Galaxy S III's launch date will be giving Apple pause for thought – the iPhone 5 is also reportedly due to touch down around July.

And don't forget we expect the iPad 3 to break cover this Wednesday, March 7th.