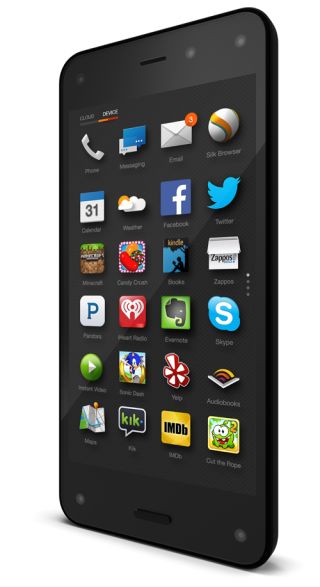 The Amazon Fire – launched earlier this summer with the promise of "two new breakthrough technologies" on board to take on Apple et al at their own game – is on its way to the UK and it will be here before the month is out, through O2.

30th September is when O2 will start shipments of the Fire here in the UK, and it's available to pre-order now if you've been waiting to try out the device's new semi-3D Dynamic Perspective screen and intelligent scanning feature.

And, until 31st December, each purchase of the Fire handset comes with a full year of Prime membership that includes unlimited streaming and downloading of films and TVs through Amazon Prime Instant Video (existing members will receive an extension).

According to O2's website, you can pick up the handset for free if you subscribe to a monthly deal starting at £33 for 2GB of data.