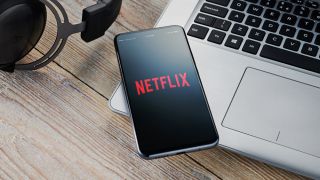 Like to binge-watch a movie or two on the bus? Netflix has some good news for you: it's started streaming content in the data-saving AV1 video codec.

The US streaming giant says the the royalty-free AV1 video codec delivers 20% improved efficiency over current VP9 encodes, which should help subscribers keep a lid on their monthly data usage.

The Alliance for Open Media – founded by Netflix, Amazon, Google, Intel and others – began developing AV1 back in 2015 in a bid to avoid hefty licensing payments (associated with codecs such as HEVC) and reduce the amount of data needed to stream 4K HDR video.

Despite first being used in 2018, compatibility continues to be an issue: Netflix is only offering AV1 on selected titles for users of Android devices who've enabled the ‘Save Data’ feature.

On a more positive note, Netflix says it plans to roll out AV1 across all platforms in the future, and is working closely with hardware manufacturers to increase availability. It's even sponsoring an open-source competition to optimise 10-bit performance.

YouTube, which has been testing the AV1 codec for over a year now, currently allows users to stream in the royalty-free codec at up to 480p resolution.

The 33 best TV shows to watch on Netflix right now