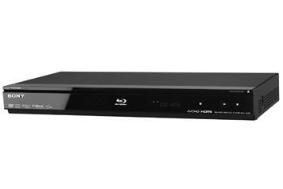 The new model is the first entry-level Sony BD player to include decoding for both Dolby TrueHD and DTS-HD audio.

Naturally the new player can handle 1080p, 24fps Blu-ray video and it's Profile 2.0 straight out of the box, so can stream BD-Live interactive material such as additional scenes, trailers and games.

The HT-SS360 (satellite speaker) 5.1 model delivers a claimed 1000 watts of power and come equipped with Sony's S-AIR wireless technology, as well as Digital Cinema Auto Calibration for easy set up.

The second model, the HT-FS3, is a 2.1 system with S-Force PRO front surround sound.

Both models are fitted with a digital media port for connecting an MP3 player, mobile phone or laptop.

We're awaiting confirmation of UK prices on the home cinema systems, but the BDP-S360 will sell for around £230 when it goes on sale in July.