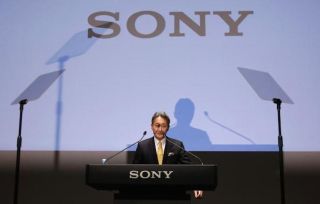 Sony announced its "mid-term strategy" for the forthcoming three years, a plan that aims to help Sony turn the corner after what has been a tough few years for the Japanese giant.

According to Reuters, investors have already responded well to the company's restructuring efforts over the past 12 months - a process that has sped-up following the appointment of new chief strategy officer Kenichiro Yoshida. Sony's share price has risen just under 50 per cent in the last year as a result.

Breaking down the focus of the strategy, "device" refers to Sony's CMOS image sensors and the aim is to boost productivity and enhance research and development. Meanwhile, "game and network services" relates to PlayStation and PSN; the hope being to increase the installed user base for these products.

With regards to "pictures", "Sony will focus on expanding the audience for its Media Network business, by growing ratings and increasing its channel offering" and Music will see Sony focus its efforts on growth areas such as the music streaming market.

Earlier this year, Sony announced it is to drop its Music Unlimited service and partner with Spotify to bring streaming music to PSN and the PlayStation 4.

On the subject of its other businesses, Sony sees 'imaging products and solutions and video and sound' as being able to sustain a stable profit. It's with this in mind that Sony plans to target certain markets with relative products, such as mirror-less single-lens cameras and high-resolution audio products.

Meanwhile, the company's Video and Sound unit - responsible for products such as headphones and Blu-ray players - is to be spun off and operated as a standalone, yet wholly-owned subsidiary. It's a move that is expected to come into effect on 1st October, with Sony going as far to say that it "intends to move forward with preparations for splitting out other business units thereafter" too.

But we're still no clearer to finding out what the future holds in store for the TV and smartphone divisions. Sony still views them as highly volatile and part of a "challenging competitive landscape". The company has said, though, that it will "place the highest priority on curtailing risk and securing profits in its operation of these businesses".

Sony plans to more carefully select the territories and product areas it targets, while seeking "to limit capital investment and establish a business structure capable of securing stable profits". It seems that, for now, Sony will remain in the mobile and TV markets, albeit with the potential for a reduced presence.

The publication of the new strategy also comes in response to the prospect of a sixth net loss in seven years when figures for the 2014/15 financial year are released - even if it's likely that this loss will be lower than in previous years.

Kenichiro Yoshida, who also holds the position of chief financial officer at the company, says there are no "sacred" businesses in relation to falling smartphone sales. And it's now seemingly at the point where investors and analysts expect Sony to completely withdraw from the mobile division should its sales continue to decline.

With Chinese and Korean brands making the TV and mobile landscapes increasingly competitive, not to mention the almighty Apple, it seems Sony's involvement in those two divisions is only likely to get harder to sustain.