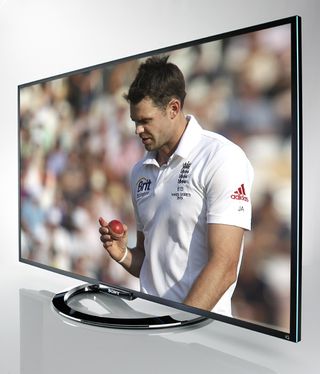 Struggling electronics giant Sony has today cut its full-year profit forecast by a whopping 40% as it attempts to regain its position as one of the world's leading consumer electronics brands.

As in previous years, it has been hit by increased competition and slowing demand in the hugely competitive flatscreen TV sector. This was compounded by increased losses at Sony Pictures, its film division, with a number of flops at the box office.

"The current quarter reflects the theatrical underperformance of White House Down, while the previous fiscal year included the strong theatrical performance of the Amazing Spider-Man," the firm said in a statement.

The company has been forced to slash its forecast following a 25% increase in losses during the July-to-September quarter, which reached 19.3bn (£120m) yen.

Sony Pictures recorded an operating loss of 17.8bn yen (£110m) during the latest quarter, compared to an operating profit of 7.9bn yen a year earlier.

Of Sony's eight divisions, only the music and financial services units managed to boost profit from a year ago.

Chief Executive Kazuo Hirai promised a renewed attack in hardware with a focus on mobile devices, imaging technology and gaming.

The company's smartphone division, led by the likes of the Xperia Z, looks set to match predictions, while pre-orders for the PS4, which is out on November 29th, are reportedly looking strong.