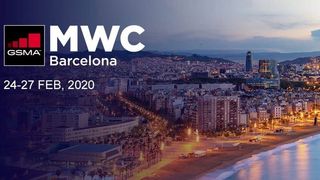 Sony and Amazon have pulled out of trade show Mobile World Congress due to fears concerning coronavirus. They're not the first, either - several other tech firms have already either withdrawn from the show or scaled back their plans.

Instead of a press conference in Barcelona, Sony will make its announcements on its official Xperia YouTube channel. So that's the place to go for new Sony phones, quite possibly including the Xperia 5 Plus.

"As we place the utmost importance on the safety and wellbeing of our customers, partners, media and employees, we have taken the difficult decision to withdraw from exhibiting and participating at MWC 2020 in Barcelona, Spain," Sony said on its website.

Amazon hasn't announced any contingency plans. It said in a statement to TechCrunch: "due to the outbreak and continued concerns about novel coronavirus, Amazon will withdraw from exhibiting and participating in Mobile World Congress 2020."

Amazon doesn't usually have a presence at MWC, but Sony is often one of the most active exhibitors, using the trade show to launch some of its biggest phones of the year.

LG recently announced it was pulling out of both MWC and pro AV event ISE. TCL has cancelled its press conference at MWC, but will still attend, while Chinese firms Xiaomi and ZTE have also scaled back their plans.

But the GSMA - which organises MWC - insists the show will go on. It released a statement over the weekend announcing more measures to minimise the risk of infection. These include a ban on all visitors from China's Hubei province where the coronavirus originated, mandatory proof that attendees who have visited China have not been to China for at least 14 days, temperature screening and self-certification.

These are in addition to its existing measures, which include increased cleaning and disinfecting, and more medical support.

There have been more than 40,000 cases of Coronavirus globally, most of them in China, where the virus has claimed over 900 lives. MWC starts two weeks today in Barcelona, Spain.

LG pulls out of ISE and MWC due to Coronavirus fears