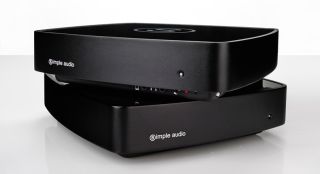 In a statement to its customers, Corsair says: "We very much regret to advise you that due to circumstances beyond our control, the Simple Audio operation ceased trading at the end of December 2014 and there will be no further development of hardware or software. We will continue to offer technical and installation support for existing Roomplayer customers."

The team behind Simple Audio, several of whom previously worked for Linn, has moved over to work for Bose in Scotland.

Simple Audio was bought by US company Corsair, a US gaming and PC hardware manufacturer, in February 2013. Andy Paul, president and CEO of Corsair, said at the time: "We have followed Simple Audio as a potential investment opportunity since 2010 and we are extremely impressed by their vision of HD digital music in the post-iPod era."

Since then the company had released an updated version of its multiroom audio system, which used Powerline/ethernet transmission technology rather than wi-fi for more robust transmission of up to 24-bit/192kHz audio, and expanded its product range with the introduction of the Listen and Go Bluetooth speakers.

More recently, it had added Tidal lossless music streaming to its Roomplayer range.