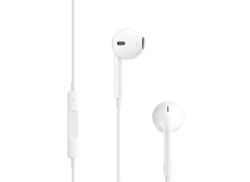 Apple has been bullish about the sound quality of the new EarPods earphones that come bundled with the iPhone 5 so it's interesting to take a look at what's inside with this Apple EarPods teardown.

Repair webiste iFixit has taken the EarPods apart and taken plenty of pictures of the parts, while also putting them alongside earlier incarnations of Apple earphones so you can see the difference.

Initially obvious in the EarPods teardown is the change in casing style and shape, three small air vents and the inclusion of an in-line microphone.

The new EarPods have a "paper-based speaker cone" for the first time and have some "drastic changes in internal construction and speaker design" according to the site.

The picture above (all the pictures are from iFixit teardown) shows previous generations of the Apple earphones up against the new EarPods (bottom).

iFixit also reckons that the line-in remote control is now better sealed against possible water damage, while pointing out should you damage them, they were as hard to repair as ever – we're not sure too many people would want to try and repair a £25 pair of headphones, however.

Apple claims the new EarPods, which feature a new design, will "rival high-end headphones that cost hundreds of dollars more".