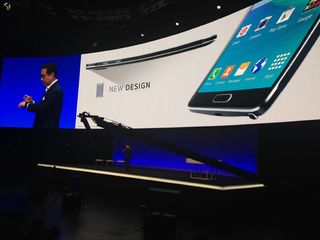 According to Reuters, Samsung Display has announced plans to invest a hefty KRW4tn (£2.4bn) in the production of OLED panels in order to help parent company Samsung Electronics offset its weak mobile sales.

It's thought the investment will be made over the next couple of years, with the Korean tech giant to set up a production line that'll make small- and medium-sized OLED displays for smartphones and tablets.

Analysts have predicted that curved panels – like those featured on the Galaxy Note Edge – will be the initial focus of the new production line as it seeks to secure external customers, including rival manufacturers.

It's not just OLED production either. Reuters claims that Samsung is also expected to begin work on a KRW15.6tn (£9.2bn) electronic chip plant in its native South Korea at some point during the first half of 2015.

Meanwhile, the Yonhap News Agency has reported that fellow Korean manufacturer LG is set to invest an additional KRW1tn (£588m) in the production of OLED panels – a screen technology it is placing plenty of faith in this year.

CES 2015 saw LG expand its range of OLED TVs for 2015, with seven models being released in the next 12 months – all of which will sport Ultra HD 4K resolution screens and comprise a mix of curved, flat and flexible designs.

It comes after LG claimed that the second half of 2014 would prove "memorable for OLED TV" as it prepared to ramp up production of curved sets into 2015 – somewhat at the expense of plasma screen production.

OLED is one of two TV tech trends that LG is pursuing, with quantum dot the second. Jung Do-hyun, LG Electronics' chief financial officer, told analysts in October: "We are pursuing a dual-track strategy with quantum dot and OLED."