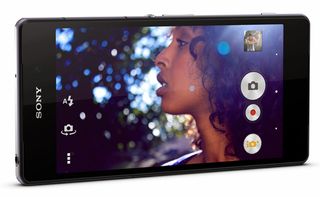 Qualcomm announced the launch of its next-generation Snapdragon processors for mobile devices, which have been designed to offer the "ultimate connected mobile computing experiences".

The US company says its two new processors – the 810 and 808 – will enhance video, imaging and graphics, including support for 4K Ultra HD content and enabling speeds of up to 300Mbps.

If you own an Android smartphone, the chances are that a Snapdragon processor is under the cover. For example, an 805 processor features as part of the Samsung's new Galaxy S5 handset.

Meanwhile, the HTC One M8 and Sony Xperia Z2 boast Qualcomm's 801 Snapdragon processor. It's expected that the 810 and 808 will start appearing in commercial mobile devices next year.

The Snapdragon 810 processor will be Qualcomm's highest performing platform to date and is set to support rich native 4K Ultra HD interface and video to produce high quality 4K and 1080p video.

Both the 810 and 808 feature frame buffer compression and external 4K display support via HDMI1.4, and give "exceptionally low power consumption that doesn't sacrifice performance".

With Apple claiming to have the first 64-bit smartphone with the iPhone 5s housing the A7 chip, the two new Snapdragon processors will see Qualcomm going head-to-head with the Cupertino giant.

MORE: Ultra HD 4K TV – news, reviews and everything you need to know