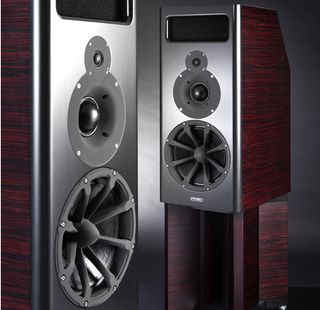 PMC has announced the new SE range of speakers, featuring a redesign and various improvements over existing models.

The cabinets have undergone a significant redesign, with bracing added in an effort to reduce cabinet resonance and noise, in so doing aiming to produce a purer musical signal.

PMC also claims to have improved midrange clarity and the speakers' handling of fast attacking notes.

Peter Thomas, chief designer and founder of PMC, says of the new models: “Our i series has been a fantastic success all across the world, building upon our studio heritage to bring accurate music reproduction to music lovers in the home.

"Now, with the SE editions, we have improved the performance of these models even further so that the most discerning of audiophiles can enter right into the heart of their music and hear it sounding just like it did in the studio. And with the beautiful new veneers we have chosen, the speakers look every bit as stunning as they sound.”

Prices and release date information for the IB2 SE, MB2 SE and BB5 SE speakers have yet to be released.