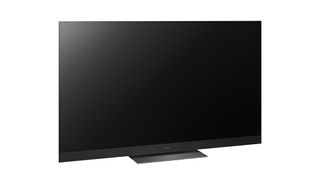 Panasonic is responsible for the “best performing OLED TV” we’ve tested so far, the 55in variant of its 2019 flagship GZ2000. So needless to say we’re rubbing our hands upon hearing news of a 2020 successor, the HZ2000 OLED.

Panasonic teased its existence at its CES 2020 press conference earlier today, but thanks to a comprehensive press briefing we now more details, from screen size availability to its picture performance developments to the brand-new industry technology it’s supporting.

The HZ2000, which is available in 65in and 55in sizes, is among the world’s first TVs to support Dolby Vision IQ, a brand-new iteration of the Dolby Vision HDR format that is hot off the press. It builds on Dolby Vision by automatically optimising Dolby Vision content depending on the lighting condition of your room and the content being played. LG has also announced 2020 support for Dolby Vision IQ.

Naturally, the HZ2000 continues it’s the company’s support for Dolby Vision, HDR10+ and HLG Photo (the still image format which brings still photography into the HDR world), but new for the HZ2000 is its support of the UHD Alliance’s Filmmaker Mode, a new TV picture mode created in collaboration with filmmakers and studios that promises to deliver what the director intended.

The GZ2000 has a promise of its own: to further enhance that mode through its original “Intelligent Sensing”, which dynamically adjusts the picture based on ambient lighting around the TV. With some controversy over some HDR-graded content being ideal for optimally dark rooms and not necessarily well-lit rooms, Panasonic is clearly focused on democratising the experience for every room environment. Filmmaker Mode with Intelligent Sensing supports content in HDR10+, HDR10, HLG, and SDR.

The HZ2000 will be only “one of a handful of TVs in 2020” which supports both Filmmaker Mode and Dolby Vision IQ, says Panasonic.

For the first time on a Panasonic TV, owners will be able to calibrate Dolby Vision playback, and an expanded range of calibration points (at world’s first 0.5 per cent and 1.3 per cent signal levels) means film enthusiasts will be able to customise their TV’s picture performance even more than before.

As for its speaker system, which is officially called 360-degree Soundscape Pro, the HZ2000 continues the GZ2000’s legacy with Technics-tuned, upward-firing speakers capable of delivering Dolby Atmos soundtracks.

Finally a new iteration of Panasonic’s TV OS, My Home Screen 5.0, is onboard to bring user experience improvements. For example, when hovering over a streaming service icon, such as Netflix or YouTube, thumbnails of titles from that platform appear for quick access. There’s Google Assistant and Amazon Alexa support, too.

The Panasonic HZ2000 will be available in the summer (month tbc), and we expect to be informed of the rest of Panasonic’s 2020 TV line-up next month.