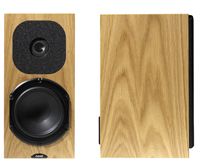 The Neat Motive speaker range is being overhauled here at the Munich High End Show, with an all-new Neat Motive SX line-up due on sale from July.

There will be three models at launch – a standmount and two floor standers – at prices starting from £1085/pr, and a matching SXC centre speaker will join the range.

The main change to the line-up is the use of a new tweeter. the SXT.

It has a newly designed aluminium dome, black anodised for added stiffness, in place of the titanium dome used in the current Motive models.

The new driver is the result of extensive research by Neat owner Bob Surgeoner, who was keen to find something with a more natural sound.

After trying many alternative tweeters and finding them lacking in key areas such as dynamics, he decided to try to improve the existing inverted dome Neat HF unit, finally settling on the anodised aluminium dome.

Other changes to the range include upgraded internal bracing and damping, separate enclosures for the HF units to minimise driver crosstalk, and optimised bass tuning for each model to achieve the best possible bass extension and control.

The two floorstanding models use a downward-facing bass port, venting through an outlet in the plinths.

The crossovers of the speakers have also been improved with components in line with those used in Neat's flagship models, but the simple three-element design has been retained.

As standard the new models are single-wired, with biwire terminals available as an extra-cost option, Neat suggesting this is only specified should the owner want to biamp the speakers.

The entry-level model in the range, replacing the existing Neat Motive 3, is the £1085/pr Neat Motive SX3 (above), a two-way standmount, above which sits the £1485/pr two-way floorstanding SX2, replacing the Motive 2, and the range-topping SX1, a two-and-a-half-way floor standing design at £1985/pr, which replaces the Neat Motive 1.

Oh, and here at the show, Neat's also showing a pair of Motive SX2 speakers in hot pink – but if you want those, you may have to do some negotiating...