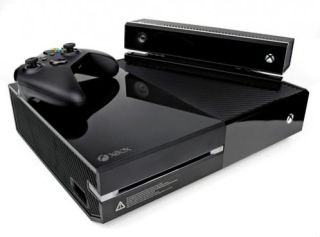 Microsoft has announced that you'll be able to purchase an Xbox One games console without the Kinect motion sensor from 9th June as the corporation seeks to give gamers "more options".

The Kinect-less Xbox One will be available for £350 in the UK, which is the same price as the Sony PlayStation 4 – suggesting Microsoft is trying to make up lost ground on the Japanese firm.

In March, we reported how the PS4 had sold more than 6 million units worldwide since its launch in November – storming ahead of the 3 million Xbox Ones sold since 1st January this year.

And that's not all – because Microsoft has also confirmed that popular entertainment apps will be coming out from behind the Xbox Live Gold paywall, including Netflix, Hulu and YouTube.

It had been the case that you'd have to pay for an Xbox Live Gold membership to use the apps on your system, but that's now changing as a wide range of services will become available without the need to pay for Gold.

In an FAQ post on the changes, Microsoft says you'll be able to end your Gold membership when the system updates are made in June and receive a pro-rata'd refund on your unused days.

Phil Spencer, head of Xbox, insisted that Kinect continues to be an "important part of our vision", with over 80 per cent of Xbox One gamers "actively using" the device.