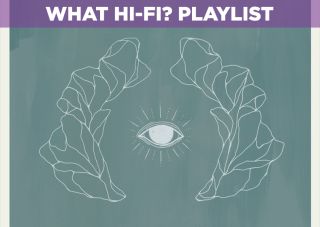 Despite the seven-year gap between albums, José González has been as busy as a bee. The time between his previous solo outing (2007’s In Our Nature) and Vestiges & Claws has been filled with a flurry of collaborations – his work with the band Junip, and with The Götenborg String Theory project, is particularly rewarding.

But for those for whom González’s previous two albums resonate, Vestiges & Claws comes not a moment too soon. It’s the immediacy and the intimacy of González’s solo work that’s especially resonant.

He sets his stall out early with opener With The Ink Of A Ghost and from there on out Vestiges & Claws is long on warm, organic acoustic nylon-string guitar sounds and close-mic’d vocals, correspondingly short on overdubs or overt percussion.

Lyrically he’s not the deepest thinker ever to make a record, but musically José González is as articulate as they come.

This low-temperature palette of sounds does make a vocal harmony, or a tapped-guitar-body-as-beatbox, arrive like a rainstorm in a desert.

And on the likes of Stories We Build, Stories We Tell and Leaf Off/The Cave González manages to build a sort of polite, unthreatening intensity, a kind of insistent knocking from someone you know is too considerate to just boot the door in.

If your system’s got the breadth of expression and a properly unified frequency range, Vestiges & Claws has plenty to give.