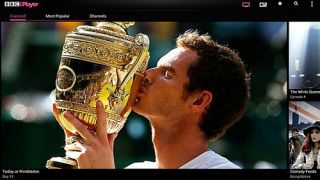 Good news if you're the owner of an Android smartphone or tablet that runs on Android 4.0 (Ice Cream Sandwich) or above – you can now download video from BBC iPlayer.

The BBC has confirmed that it will no longer test specific Android devices before allowing video downloads and has now made the service available "by default" to all devices.

Under the previous policy, 11 of the most popular Android devices have been able to download video from September 2013 – and more have been "gradually" added since then.

But the corporation says it has reacted to public demand in opening up the functionality to every smartphone and tablet that runs on Android 4.0 or later.

According to the BBC, more than 96 per cent of current users of its iPlayer Android app can now download videos including The Great British Bake Off, Eastenders and Top Gear.

In announcing the move, however, BBC senior product manager David Berlin did concede that – with more than 5,000 Android devices – there may be some that contain bugs.

Berlin said in a blog post: "With more than five thousand different phone, phablet and tablet models able to install the BBC iPlayer Android app, there are likely to be a number of devices that exhibit bugs concerning download behaviour.

"Should the BBC be made aware of a major issue with the downloads feature that is affecting a particular device, we now have the option to disable this feature for that specific model/OS combination, while we assess whether it can be fixed."

It's the latest iPlayer innovation announced by the BBC, with the corporation recently confirming that the catch up window for programmes was going to increase from seven to 30 days.

And last month, a new-look iPlayer launched with a "consistent, optimised, responsive design" to work across a range of devices, rolling out across TV and online platforms first.