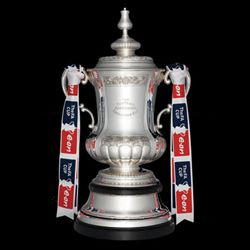 This year's FA Cup Final will be shown in 3D thanks to a deal between ESPN and BSkyB.

The match will be filmed by ESPN in 3D and broadcast on the Sky 3D channel, available to Sky 3D subscribers and in more than 1,500 pubs nationwide.

You will need a 3D TV, Sky+ HD box and a Sky World subscription in order to watch the match in your home.

Scheduled to be live on ITV and ESPN, the deal to show the match on Sky 3D comes after the two broadcasters worked together to deliver the Winter X Games in 3D.

The UEFA Champions League Final next month will also be on Sky 3D after the Carling Cup Final earlier this year became the first domestic football final to be shown live in 3D.