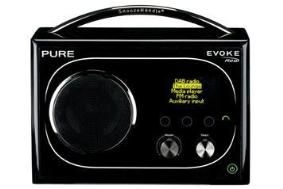 Ford Ennals, the chief executive of Digital Radio UK, admits things could be better: "While these figures are a platform for strong growth in 2010, the radio industry has made it clear that without significant change we will not see the step change in listening habits needed to fully deliver the benefits of digital [radio].

"The Digital Economy Bill is an essential first step in making this happen and we are now working on plans to improve coverage, get more digital radios in cars and work with broadcasters to deliver more exciting content and services."

Of all the digital platforms, DAB performed the most strongly: the number of adults living in a household with a DAB receiver increased by two million from 15.1m in 2008 to 17.1m in 2009.

In 2009 the percentage share of all radio listening via a digital platform increased by 14 per cent, with 20.9 per cent of listeners now using some form of digital radio.

But if the Government is to meet its target of 2015 for digital switchover, 50 per cent of radio listening must be via digital by the end of 2013. That now seems an ambitious target.

Earlier this week the radio industry called for an 'analogue scrappage scheme' to speed up the switch to digital radio.