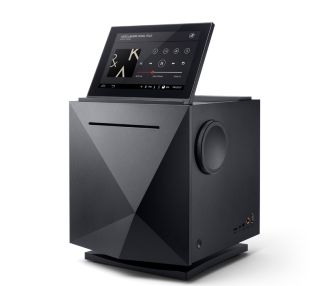 Two speeds – normal and fast – are available for the purpose of ripping your CDs, with files saved in either WAV or FLAC. Album art and music data are imported from Gracenote's latest database.

Meanwhile, Astell & Kern says the AK500N is designed to use a built-in battery for noise isolation; blocking out the noise from its AC power supply. Music playback is a battery-only operation.

And a range of inputs and outputs are supported, including coaxial, optical and BNC – as well as both fixed and variable analogue outputs. USB and ethernet ports also feature on the AK500N.