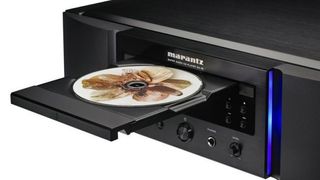 The RIAA's (Recording Industry Association of America) mid-year music revenue statistics are out. And they don't make great reading for CD fans.

The large drop in revenue goes hand in hand with the number of CDs sold. In the US the number dropped from 35m units (in the first half of 2017) to just 18.6m this year.

The RIAA's mid-term report wasn't all bad news, though. Revenue across recorded music (streamed and physical) was up 10% to $4.6bn in the first half of 2018.

The shift to streaming continues with revenue from the likes of Apple Music, Spotify and Tidal's paid subscription tiers hitting $2.5b.

CD's been holding its own in recent years, (as has vinyl, of course) but this is the first real sign that the format could be in trouble. What do you think? Are you still buying CDs or have you made the switch to streaming?

The best 24 CD players of What Hi-Fi?'s lifetime