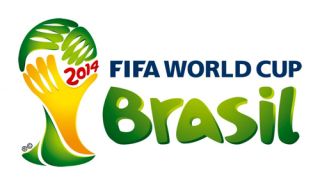 The BBC has today announced its broadcasting plans for this summer's FIFA World Cup.

31 matches will be broadcast live and available across "four screens" – PC, tablet, mobile and smart TV.

A further 160 hours of programmes, including highlights and match replays, will be available across BBC One, BBC Two, BBC Three – and their respective HD channels – and the red button.

The BBC Sport website and connected TV app will offer highlights of every single match as soon as the final whistle blows, plus full match replays for BBC TV games. All World Cup TV programmes broadcast on BBC One, BBC Two and BBC Three will also be available for catch-up on BBC iPlayer.

Radio 5 Live will give listeners access to 24 days of live football and all BBC World Cup coverage and content will be available through the BBC iPlayer. BBC claims there will be 50% more coverage than the 2010 World Cup.

The BBC website will feature a dedicated World Cup page which can be accessed from mobile devices, laptops and computers and will complement the live coverage on TV.

Each morning a 'World Cup breakfast' video will be shown. This can be accessed across all platforms and will summarise the previous day's events and focus on the games ahead each day.

Classic matches will be made available too, including the 1966 World Cup final and the infamous 'Hand of God' in 1986.

These matches will be available to watch on-demand in full and will benefit from the full live treatment including text commentary and contributions from special guests.

Five classic matches will be shown across all platforms. They are:

A selection of user submitted content across all social networks will be shown during live coverage and be shown within online coverage too.

A variety of programmes focusing on Brazil as a country will be broadcast, as well as other football programmes fronted by David Beckham, Gary Lineker and Rio Ferdinand.

BBC News will be getting in on the World Cup action too with extensive live coverage on a daily basis. Extra coverage, blogs and on-demand video will be available on the BBC News website and bbc.com.

The Beeb has also drafted in a wealth of presenting talent to present and comment throughout the tournament. TV coverage will be lead by Gary Lineker, with support from Thierry Henry, Rio Ferdinand and Clarence Seedorf.

The rest of the BBC roster will include familiar faces such as Alan Hansen, Alan Shearer, Mark Lawrenson and Robbie Savage.

Barbara Slater, Director of BBC Sport said: "The BBC is the home of big sporting events and it doesn't get much bigger than the World Cup."

"Our aim is to be the first truly 24/7 World Cup and we will deliver a complete experience for our audience through both traditional and digital platforms."

FIFA and Sony have together confirmed that three World Cup games will be broadcast in 4K, but as yet no details on where and indeed how people will be able to watch them, have been confirmed.