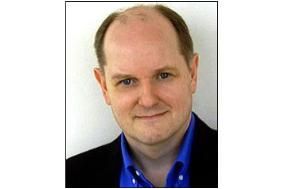 The BBC's Director of Sport, Roger Mosey (right), writing in his online blog over the Christmas/New Year period, has confirmed there will be no HD coverage.

Talking about the sport we have to look forward to in 2009, Mosey wrote: "There's also, of course, Formula 1 - which comes roaring back onto BBC screens in March.

"We'll be following Lewis Hamilton every kilometre of every circuit as he defends his world championship, and there'll be a fantastic range of online and interactive services to support our tv and radio F1 programming."

"The races will be on iPlayer, but precise red button plans are yet to be confirmed. The idea is that F1's home will be BBC One, with all qualifying and races live and uninterrupted on that channel. The rest will be online and on the red button.

"We're still working on GP2 and other scheduling details. Clearly, we'll have a lot of new content from F1 itself – which will start with practice available online on the Friday of a race weekend. Catch-up F1 will later be on iPlayer with highlights on the site."

But answering a question from several posters, he added "But to BigBadDaveB in #9 and others: F1 won't yet be available in HD though we'd very much like it to be. I'll keep you posted."

It seems for the moment, those Sunday afternoons are going to be in good ol' 576i...