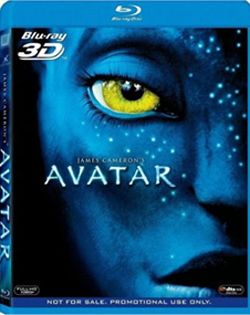 Avatar 3D will finally come to Blu-ray in October this year with the release of 'Avatar Blu-ray 3D Collector’s Edition'.

Originally released as a Panasonic exclusive and only available when you bought Panasonic 3D kit, the disc will finally go on general sale with an October release date.

The Avatar 3D Blu-ray Collector's Edition will be a 2-disc release, with the original Blu-ray release and special release packaging.

Annouced on the Avatar Facebook page, details on what the package will include are limited but expect plenty of extras and most likely a commentary from director James Cameron.

"3D television is the future of home entertainment," said Cameron. "I’m a huge proponent of the technology and very pleased that Avatar can be viewed in the living room the way it is meant to be seen."

"This is the only way fans should experience the world of Pandora and this release offers the highest picture quality possible," continued Jon Landau, producer of Avatar.

Seen by more than 310 million people worldwide, Avatar is the highest grossing film of all time and also the top-selling Blu-ray disc of all time.